Some observers consider a featured snippet a win, similar to the top organic position. Others believe it hurts traffic as it typically replaces a page 1 listing and thus clicks.

Nonetheless, obtaining a featured snippet is a goal of many merchants. But optimizing for snippets is different than for traditional rankings.

To be featured, a page needs to first rank organically on page 1 — the higher, the better. The next step is featured snippet optimization.

Featured snippets answer queries concisely, such as via a short paragraph or list. But knowing which queries to answer is not easy.

1. Research. Learn what Google considers good answers to search queries. Many third-party tools can help. SE Ranking’s Competitor Analysis saves a snapshot of the search-result page for each tracked query to see how the featured snippet has changed over time.

The tool also filters user-designated search queries to those that trigger featured snippets beyond your own.

SE Ranking’s Competitor Analysis allows users to identify featured snippets other than their own.

Ahrefs can check the featured position of any website, whether or not you are tracking the domain or a keyword. 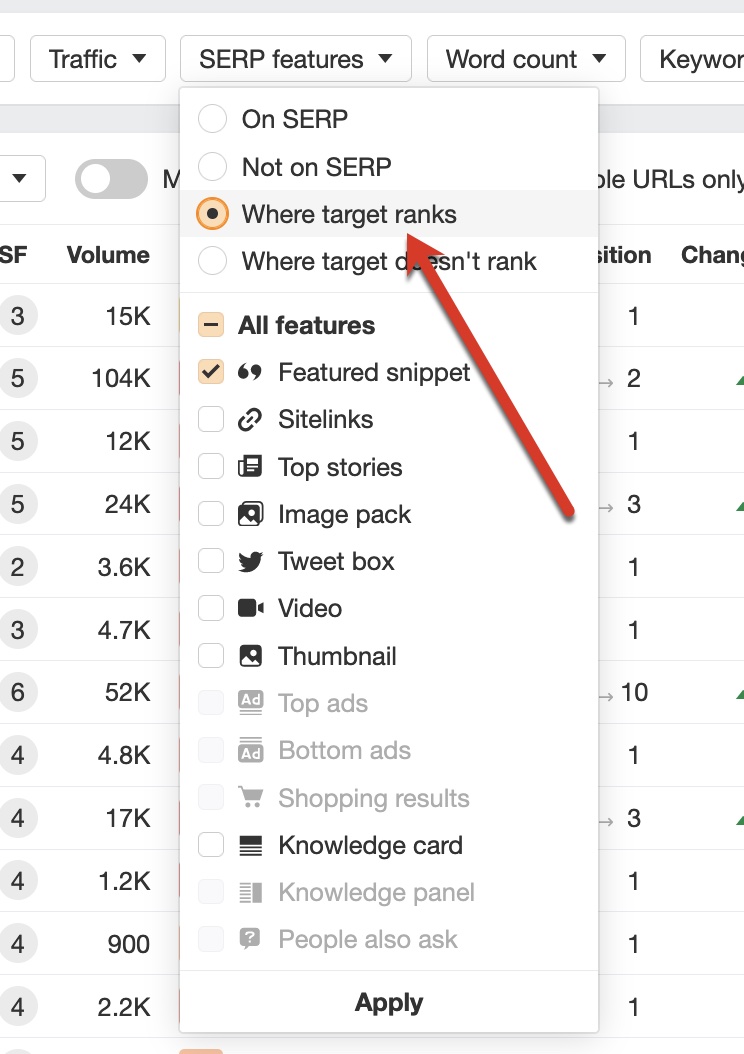 Ahrefs can check the featured position of any website.

Featured snippets are fluid. What appears today may vanish tomorrow or change based on the query or even the searcher’s device. That’s why comparing current snippets with older ones is useful.

2. Focus on intent. What does a searcher hope to achieve with a particular query? What’s the best answer for that need? 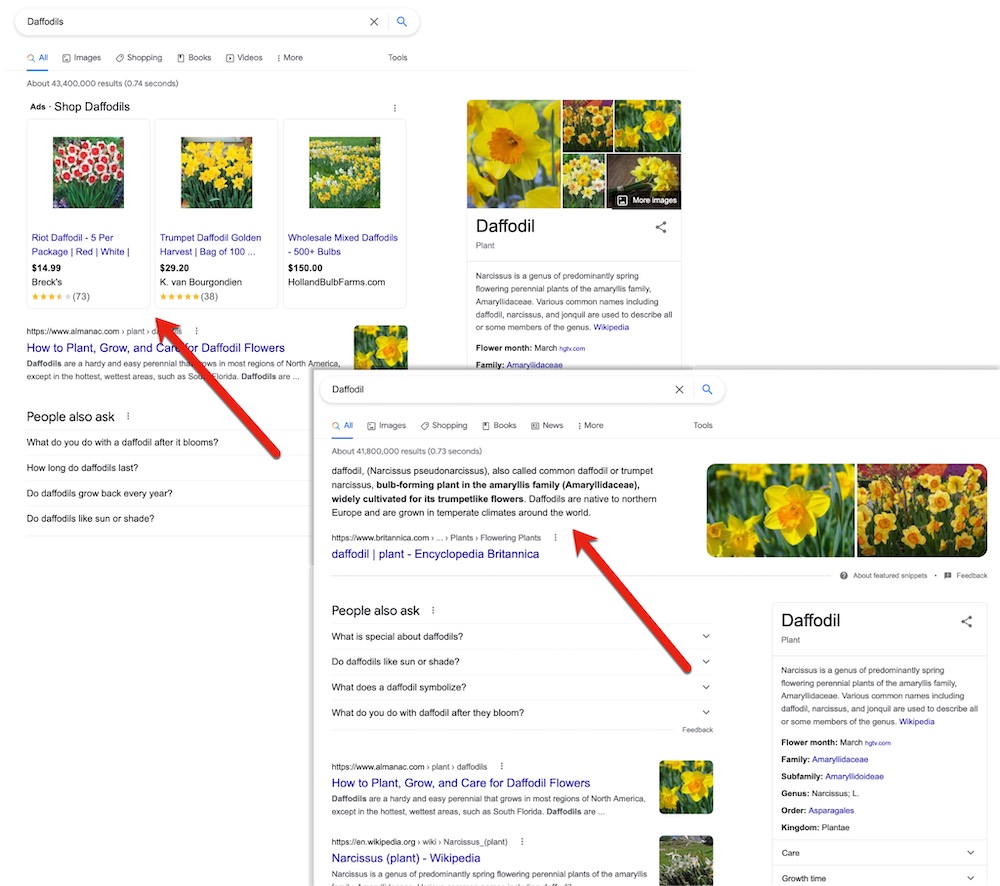 The search result for “daffodils” (plural, at left) is different than for “daffodil.” Click image to enlarge.

The appearance of a featured snippet will also help identify the best format. That’s where researching competitors’ snippets research is especially helpful. Never copy a competing answer. Instead, try to understand why Google picked it. Then create a better version!

3. Consistency. Make featured snippet optimization a routine. A single web page could generate a dozen featured snippets. Identify the keywords, then note the best answer format for each.

Start these sections with H2 and H3 headings to steer Google correctly.