by admin
in E-commerce News

A privately-held Twitter may represent an opportunity for social media and paid marketing promotions. Optimistic companies might want to get in now.

Optimists and pessimists disagree, however.

Pessimists who fear Musk will permit Twitter to become a source of misinformation and bigotry are rethinking the platform. General Motors, for example, announced it would pause ads on Twitter.

Optimists note that Musk is a billionaire, among the richest in the world. He has started and grown successful businesses, such as Tesla.

These optimists cite the deal’s financing — $25 billion of the $44 billion purchase price is a loan. And that loan is not like a line of credit from your local bank. Rather, those institutional lenders will presumably demand that Twitter makes a profit.

His followers and supporters more closely resemble fans of Taylor Swift than of a business executive. On the eve of buying Twitter, Musk posted a video on the platform showing himself entering the company’s San Francisco headquarters carrying a sink. The tweet’s title was “Let that sink in.”

Musk’s tweet with a video read, “Let that sink in.”

There are reasons to believe that Twitter is an opportunity for marketers.

Twitter is already effective — organically and as an advertising platform. 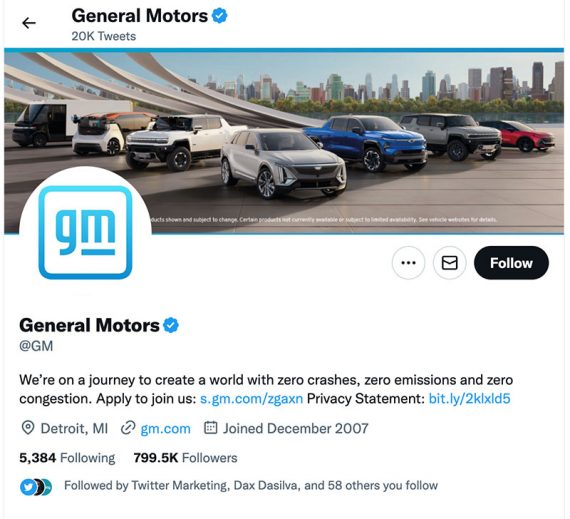 To be sure, GM and Nordstrom have larger organic audiences on other social media platforms, but that does not mean that Twitter is ineffective. Having 700,000 folks read GM’s pitches has value.

And so does advertising on Twitter. GM made news because it paused its Twitter advertising after Musk’s purchase. Before that, however, GM’s marketers apparently recognized the benefit.

Twitter’s second-quarter 2022 advertising revenue was a substantial $1.08 billion, although less than Facebook’s $28 billion.

Twitter has been adding features to help users earn money on the platform. For example, the “Super Follows” program is akin to paid newsletters offering bonus content.

Musk appears to support such initiatives.

Shortly after the acquisition, a professional musician, Zuby, tweeted a request, asking Twitter to share advertising revenue with its top creators, which YouTube and TikTok do. 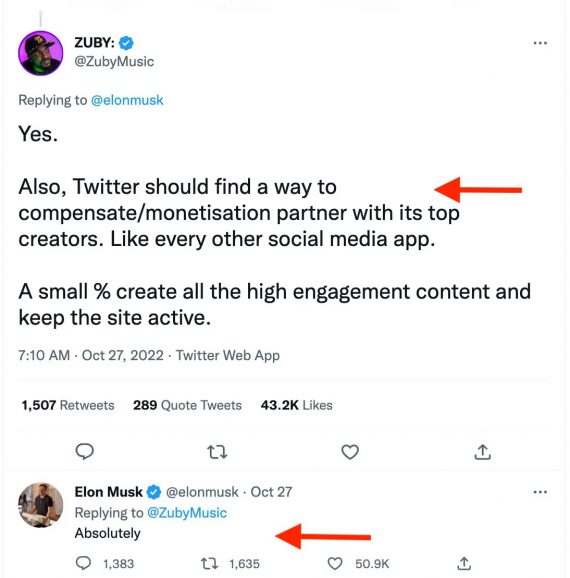 Hence some pundits have suggested that Musk’s Twitter might try to grow into a super app (sometimes called “X,” the name of his holding company used to buy Twitter.)

According to The New York Times, Musk “has expressed interest in making a worldwide social media platform modeled after WeChat, which is owned by the Chinese technology giant Tencent.”

WeChat is an everything app that offers social media, ecommerce, and payment processing. It has roughly 1 billion active users in 2022 and generated about $17.4 billion in revenue in 2021, according to published reports.

An established, engaged audience is more receptive to new features. This is likely part of Musk’s thinking with Twitter.

Musk has offered a few clues about his Twitter plans. His track record as a business builder and innovator suggests coming changes to the platform.

Optimistic marketers could see this as an opportunity and reinvest in Twitter — organic and via advertising — ahead of what could be rapid growth.