​​Reviewing successful digital marketing campaigns can generate ideas for your own brand.

Oscar Mayer partnered with Korean beauty experts Seoul Mamas to create a facial mask inspired by its bologna. Utilizing the iconic shape of the bologna and its packaging, the mask, through multichannel posts, ingeniously capitalized on an entire generation who grew up eating and playing with bologna slices. The results were a quick, visual gag, ideal for social media. 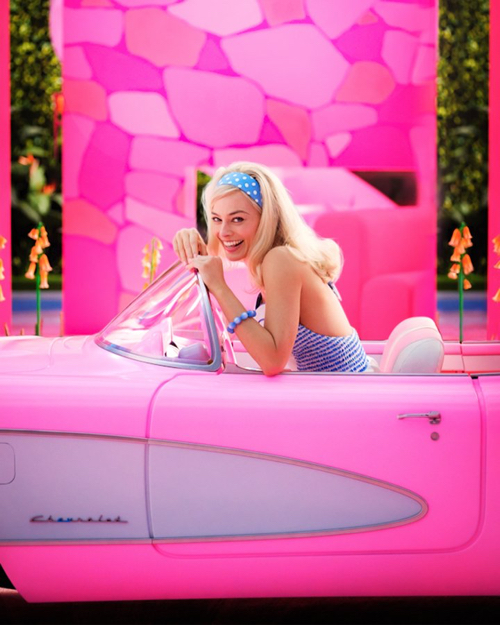 One of the year’s most successful campaigns was by Warner Bros. Pictures. The film production company began dropping images on social media to promote the big-screen 2023 release of Barbie, the Mattel doll. Using the hashtag #Barbie, the posts featured images of Margot Robbie as Barbie and Ryan Gosling as her boyfriend Ken. The initial posts planted the cultural seed at the right time. Followers expanded the idea into a #Barbiecore movement, as the kitschy pink aesthetic began turning up at events such as the Met Gala and in social posts from celebrities, including Kim Kardashian, Lil Nas X, and Megan Fox. 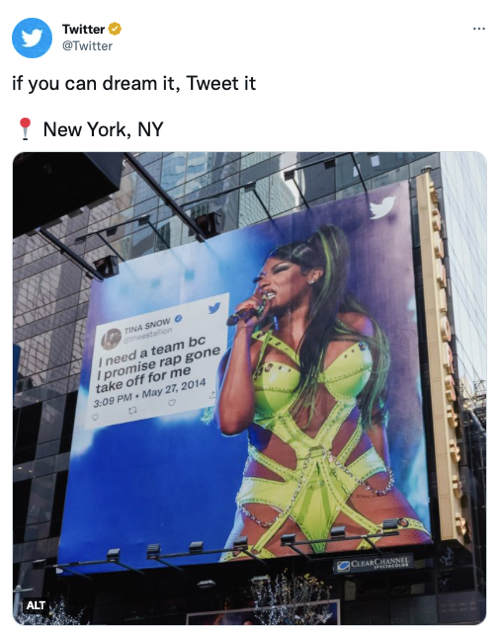 Twitter ran an omnichannel campaign launched with a tweet, “If you dream it, Tweet it,” followed by photos of billboards containing tweets from celebrities expressing their dreams before achieving them. The campaign included 39 billboards across eight cities, many in the hometowns of the featured stars, including Demi Lovato and Leonard Fournette. On Twitter, the sequence of posts closes with “Tweet it into existence.” The campaign resonated with the core of social media, and the call to action defines Twitter as where those aspirations come alive. 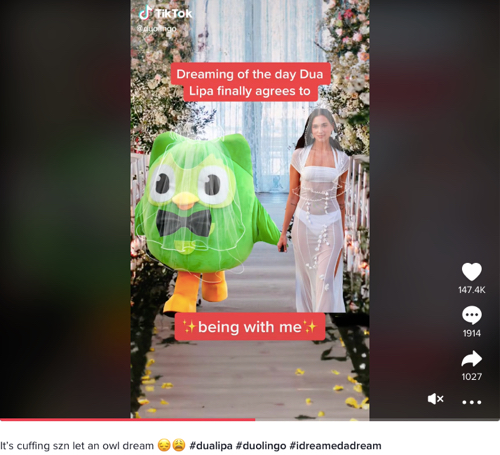 Duolingo is one of the most influential brands on TikTok and across social media. Targeting TikTok’s mainly Generation Z audience, Duolingo content features its owl mascot, Duo, in silly, musical spots on language translation and pop culture, as well as taunts at its competitor, Google Translate. Duolingo’s TikTok account has over 5.3 million followers and 106 million likes.

Aldi, the international grocery chain, used a May bank holiday to draw some attention. Aldi used its Twitter account to announce taking the day off, letting other big brands take over for the day. Over 40 brands, including some supermarket competitors, got in on the action. Without spending any money on the campaign, Aldi generated 5.1 million views and 140,000 engagements over the week. 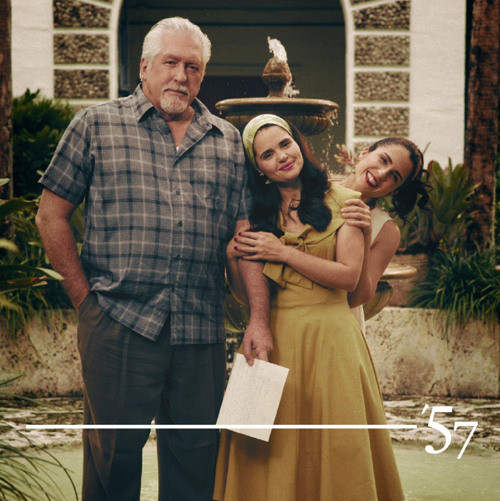 The Amparo Experience is the story of the Arechabala family, the creators of Havana Club rum, beginning with the Cuban revolution on January 1, 1959. This immersive theatrical story is experienced primarily on Instagram and includes videos, trivia, and more. This campaign is a good example of the power of story and demonstrates the need to adapt your narrative to the various social media formats.

As part of its ongoing Self-Esteem Project, Dove produced a new short film, “Toxic Influence,” in which mothers and their daughters confront toxic beauty advice on social media and how it’s become normalized for many girls around the world. The film and campaign were promoted with the hashtag #DetoxYourFeed and linked to a 4-step guide to help. The Dove Self-Esteem Project was established in 2004 to help young people fulfill their potential by building positive body confidence and self-esteem. 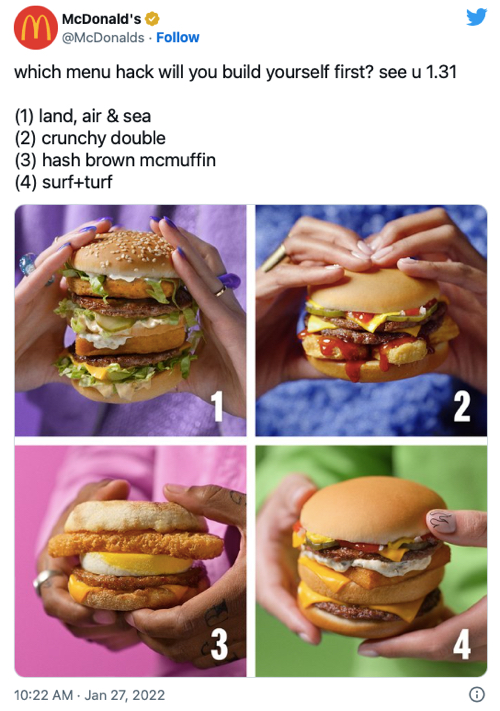 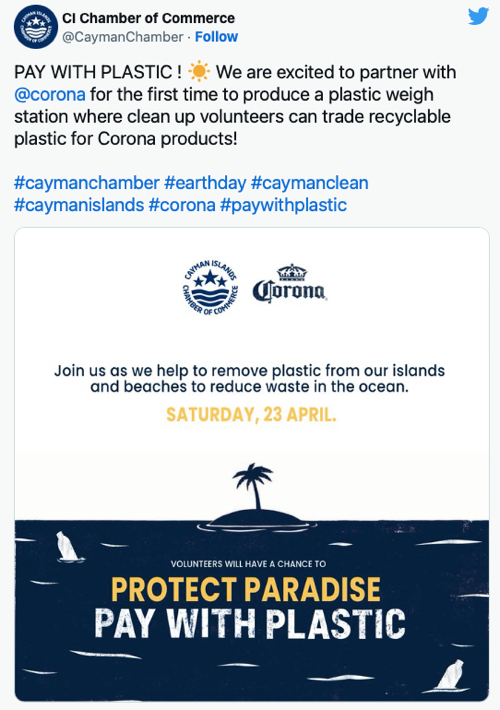 Corona, in partnership with the Cayman Islands Chamber of Commerce and Parley for the Oceans, produced plastic weigh stations where helpers traded recyclable plastic for Corona products. Recycling machines were placed in Mexico, Brazil, Columbia, Spain, and Italy, and participants got a beer simply by depositing plastic bottles and cleaning the beach and ocean. This campaign was built on growing environmental concerns worldwide and the brand’s efforts for a larger social good. 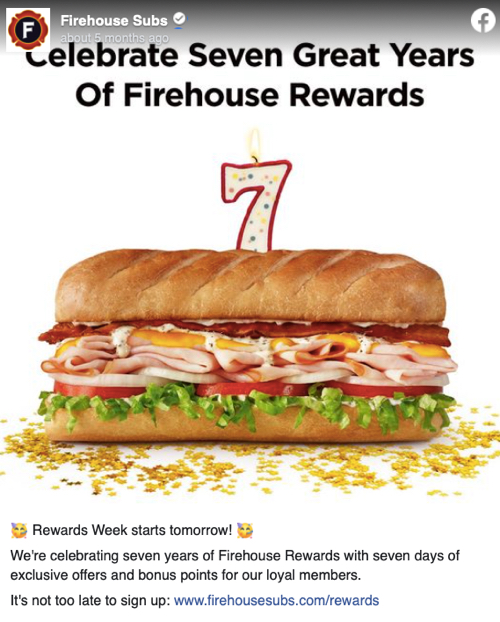 Firehouse Subs celebrated seven years of rewards with seven days of exclusive offers and bonus points for its app members. Each day of Rewards Week, the brand posted hints to users on the location of bonus points for their accounts. Social media posts highlighted fan-favorite menu items and generated plenty of engagement with the Firehouse app. 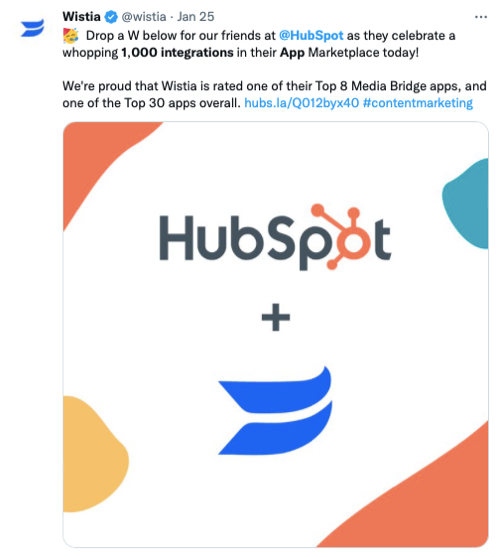 This year the HubSpot App Marketplace officially crossed the 1,000 apps milestone, which the company announced in a multichannel campaign. Not only did HubSpot’s announcement let current and prospective customers know about the platform’s versatility, but it also leveraged the integrated partners, prompting them to highlight their own involvement as they congratulated HubSpot. This event demonstrates the power of a connected and motivated network.

Swoop – This Beach Is a Coupon

Swoop, the low-cost Canadian airline, launched its Swoopons weekday deals program with the release of one big Swoopon — a 60% off promo code streamed from the beaches of Mazatlán. A super-sized beach coupon was stamped in the sand and used the help of the tide to countdown the clock on this time-limited offer. Combining offline and online, the promotion was streamed on Facebook, giving viewers a taste of the soothing location while creating urgency and engagement as the deal slowly washed away. The promotion drove an 80% increase in sales for the campaign’s duration.

How Good Design Can Elevate Your Home Products — Podcasts (2022)

How To Create A Beverage Business From Your Kitchen — Podcasts (2022)

How To Protect Your Online Store From Cyber Threats