INTERVIEW At the time of this
interview, Angelika Schindler-Obenhaus was still COO of Gerry Weber
International AG, in the meantime, she has been promoted to CEO.
FashionUnited spoke with her about her plans for Gerry Weber, her
leadership style and the quota of women on boards in Germany.

I began my career in 1982 at the German department store chain Horten AG
with an apprenticeship as a commercial assistant, after which I became a
department manager. I quickly realized that I was drawn towards buying and
after six years I started working in the buying department atSinnLeffers
AG, a German retailer.

There, I worked as a purchasing department manager for the Young Fashion
division, at Bamboo. After eight years, I became a central buyer at Boecker
GmbH and got to know private-label production in the Far East, which was an
exciting new aspect – production in China and Hong Kong and being able to
design the clothes myself. After that, I joined fashion brand Cecil as Head
of Key Account.

At the time, I was the first woman in the sales department. The tone was
rough, and I had to get used to that. But after me, more women joined the
sales team, which positively influenced the atmosphere. That’s where I got
to know the systems business from scratch. In 2004, Cecil was sold and the
culture changed completely.

That’s when a headhunter approached me: Katag AG – a big wholesale
fashion company in Bielefeld was looking for someone in the systems
business. As their Buying Manager, I was involved in the verticalization of
private labels from 2005 on. In 2010, I was appointed to the Management
Board with responsibility for purchasing, and later joined Procurement, IT,
Sales and Marketing. After ten years, I decided that I wanted to do
something else again. And then Gerry Weber approached me.

What attracted you to Gerry Weber?

The Gerry Weber brand has 91 percent brand awareness [in Germany], which
is incredible. I was thinking about how to make the brand more appealing
again to the baby boomer generation – women aged fifty and up. My interest
was piqued.

What changes are you aiming for at Gerry Weber?

We are putting a clear focus on the four core brands and have a clear
objective for each of them. With Gerry Weber, we want to be the leader in
Modern Classic Mainstream again. We always have been and we want to take
this position again. Our USP is fit. Customers trust that products from
Gerry Weber simply fit well.

That’s why, at Gerry Weber Edition, we focus mainly on the competence
areas of knitwear, shirts, outerwear and pants. At Gerry Weber Collection,
we also want to venture into more fashionable styles again and, among other
things, include more statement pieces. Overall, we want to become more
individual, move away from the previous coordinates idea. Generation Wow,
as I also call our target audience, approaches fashion today with a
different set of expectations. And we want to convey that in our visual
language and communication.

With Taifun, we want to become a relevant brand in the modern casual
mainstream again, which will not be an easy undertaking, because we have
strong competitors there like Opus, S.Oliver Tom Tailor, Street One in the
German marekt. But I think we can do it.

With Samoon, in the Curvy segment, we want to become the leader again,
we are not far away from that. The curvy woman encompasses all age groups
and is very self-confident. She is very much online – we want to take
advantage of that and offer her a strong range there.

In addition, we want to return to independent sales for each brand and
also move away from the umbrella brand-construct in terms of communication.

What qualities have particularly qualified you for your current
position?

I think I’m good at empathizing with a target group. You have to
understand what the customer wants, not just what you personally think
looks good. And then of course: I have experience. I spent many years
working in the product and procurement as well as brand and production
departments. It’s also important to me to have a good employee culture. Not
a culture of closed doors, not sitting in the ivory tower, but being close
to the employees. 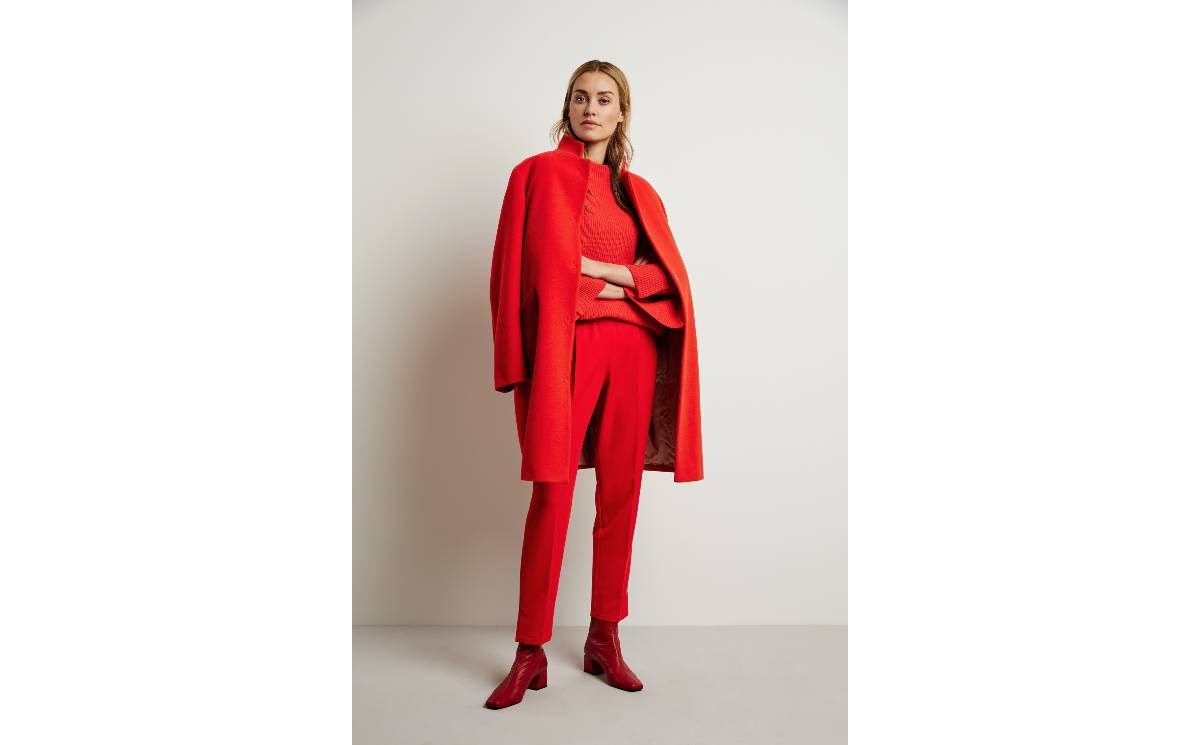 “I always spoke up and was never comfortable” you were once quoted. Has
that always helped you? Are uncomfortable women perceived differently than
uncomfortable men?

I was very often the first woman in my career and I never asked myself
the question of whether I had to behave differently because I was a woman.
I always spoke up and communicated my suggestions for improvement and
ideas.

As a manager, I think it’s the very worst thing when employees hold
their breath. A company gets ahead when the people, who are involved in the
operational processes every day, open their mouths and deliver suggestions
for improvement. Companies thrive on these so-called “inconvenient”
employees, not the followers. That is my conviction. And I think it has
helped me personally.

Do women have a different leadership style than men?

I don’t know if I would say that. Maybe. There are more patriarchs among
men, I know few female patriarchs. But even there I wouldn’t say: this is
typically male or typically female. It varies from person to person. My
management style is to encourage and challenge employees.

That doesn’t mean “cuddling” all the time but treating everyone with
respect. It can’t always be sunshine – as a boss, you sometimes have to
make uncomfortable decisions and have hard conversations. I’d much rather
hire someone than fire someone. But even a termination can be handled with
dignity, decency, and respect for the other person.

Do you share talk and exchange ideas with other women in similar
positions?

Yes, I have a very large network by now. We support each other. I think
a lot has happened there. I didn’t like the first of these networking
events for women, I left them quickly. Now they are mostly worthwhile and
well-organized events. For example, McKinsey had an event called “Women
Matter in Luxury and Fashion”. That was a great network with many exciting
topics such as sustainability or digitalization, where women from different
leadership positions discussed among themselves. My new circle has emerged
from this. We talk about a wide variety of topics: Digitalization,
sustainability, employee management, leadership. Sometimes, of course, we
also talk about the men.

How do you empower and support employees?

To date, I have not paid attention to gender there, but to performance.
The quota that has now been introduced will probably change that. It
challenges us to then do even more in the second and third levels.

Germany passed a quota law last year. What is your stance on that?

In regards to the quota, much like German public opinion and discourse,
I have undergone a transformation. In the past, I was strictly against the
quota. I thought that it wouldn’t do women justice if they got a job
because they are the “token woman” and then they would have to fight that
prejudice on top of the already existing sexism.

But now, I think it won’t work without a quota. Because nothing has
changed on a voluntary basis. If a woman made it to a DAX board at all, it
was often in the so-called “women’s departments.”

I also find it problematic that the quota only takes effect from the
fourth board member onwards. That wouldn’t apply to my current position,
for example, as the Gerry Weber Management Board only consists of three
people. But I assume that the first step has been taken and that supporting
more women will help companies, because they bring a different perspective.
We all hope that at some point it will be quite normal to have women in the
boardrooms. 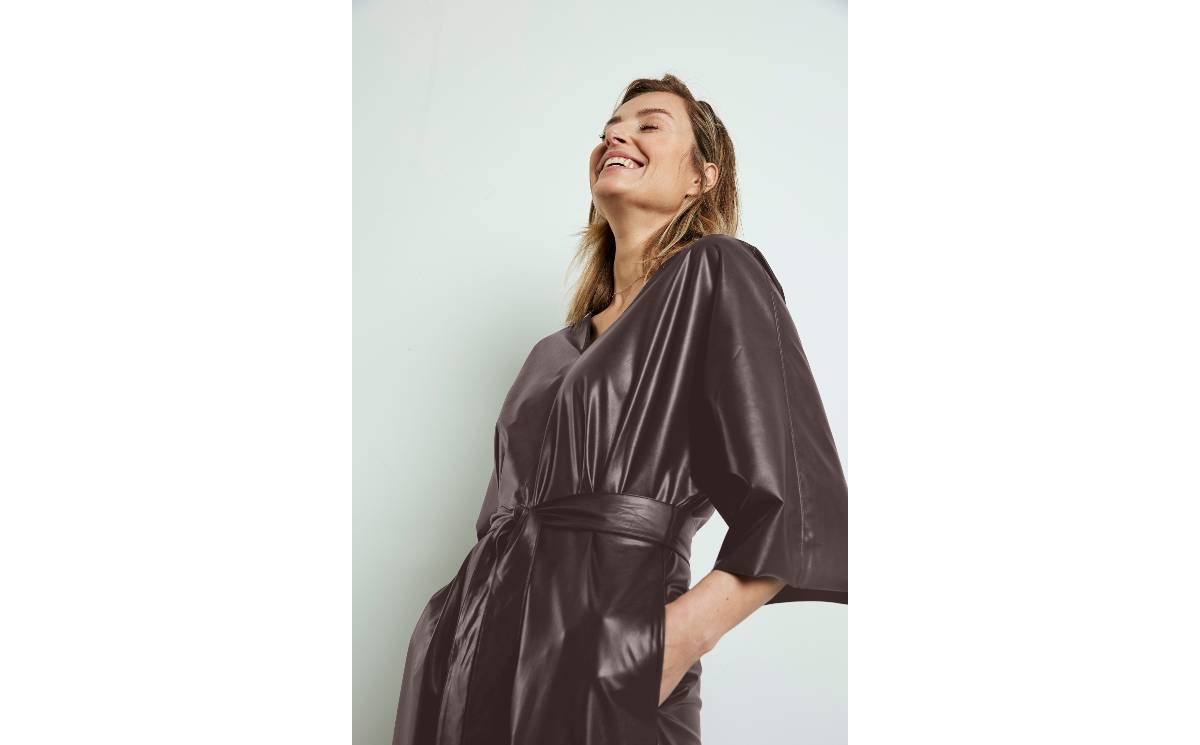 What needs to change structurally for this to happen?

The social and operational framework must change. At Gerry Weber, for
example, we have a daycare center. That is an example of these framework
conditions that need to be created to enable parents to return to work
after maternity or parental leave.

The attitude toward women in Germany has to change in general. For
example, I often have to justify not having children; people label me
“career woman”. On the other hand, mothers who want to return to work
quickly after having kids have are labeled “bad mother”.

[At this point, Kristina Schütze, Press Officer & Head of Corporate
Communications Gerry Weber, who is also on the video call, joins…